Although D&D is celebrating its 40th anniversary, many participants are concerned that their contributions to society, heavy metal t-shirts and virginity have been overlooked. While other 80’s pastimes such as Tetris, rampant capitalism and heroin have achieved respectability, fans of D&D are still derided as ‘bespectacled geeks’. 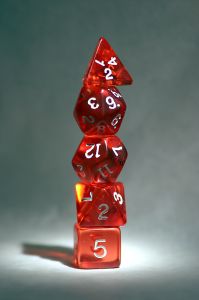 The only meaningful erection in the role play world

Regular participants point to their comprehensive list of achievements – ‘slaying’ the dragon Tiamat, ‘escaping’ from the labyrinth of the spider-god Lolth and getting ‘spit roasted’ by a gang of wood elves. One Dungeons & Dragons fan said: ‘Band Aid may have saved a few lives in the 80s but I completed all the Against the Giants modules – G1 through to 3! And that’s despite being a level 7 Mage, still living with my parents and tolerating Sylvester McCoy as the new Dr Who!’

Rather than being seen as an imaginative individual, a D&D player is still wrongly assumed to be a ‘retainer-wearing social pariah’. One Dungeon Master commentated: ‘A good player needs a unique skill-set of poor hygiene, an obsession with statistics and willingness to dress up as Gandalf the Grey. Consecutive natural twenties is no small feat. It’s more than a roll the dice…die…dice?…die. Where would David Cameron’s Big Society be without orc-bashing, dwarf-baiting and goblin-twerking?’ He quickly dismissed historical accusations of satanic worship ‘…as we were never that interesting’.