Much to the chagrin of President Putin, the Russian central bank has confirmed that it will be investing its capital reserves in Pink currency rather than the devalued heterosexual Rouble. Finally admitting that the drab Rouble has failed to move with the times, city analysts have criticised the fact that it cannot be used to purchase leather trousers, tickets to Vegas or the albums of Kylie Minogue. 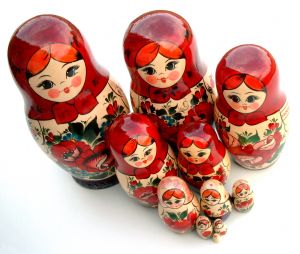 While the Pink Pound is gloriously flashed on the dance floors across Europe, the Rouble rarely ventures out the darkened corner of someone’s pocket. The purchasing power of the gay community has long been established as one of the financial markets more stable currencies. Throughout the 70s Elton John was able to underwrite the entire British economy on just cast off sequins.

Historically ‘butch’ forms of money like the potato were superseded by thinner, better dressed equivalents – like chips. There were several internationally recognised pink currencies Russia could have adopted; like the US Dorothy dollar or the Franc. In fact US ‘Gay Buying Power’ has surpassed the $2 Trillion mark, while the equivalent in Roubles will not get you front row seats for Celine Dion.

Mr Putin blamed ‘outside factors’ for the falling rouble; including ‘effete’ Ukrainians, ‘camp’ EU sanctions and ‘not knowing how to dance’. A Kremlin spokesman said: ‘This is just a temporary measure, while the rouble continues to go down like a…like a…er, I can’t think of analogy that doesn’t sound like some form of cottaging. Look, for now, President Putin will just have to bite his pillow – tongue. TONGUE! I meant to say tongue.’

This entry was posted on January 8, 2015 by Wrenfoe in International Business and tagged Comedy News, Putin, Rouble, Satire.