Rumours are abound that the curmudgeonly Top Gear presenter has deliberated struck his co-employee to contrive a more lucrative TV contract elsewhere. SKY satellite engineers will work around the clock to detach Clarkson in a complicated surgical manoeuvre which risks damaging the whole scrotum, or James May as he is known. 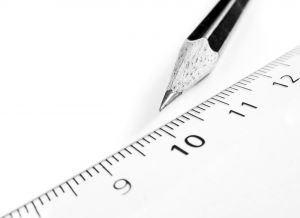 SKY TV have much to gain from the procedure in terms of penis enlargement, as their ‘general dickishness’ has been reduced by the loss of James Corden to the US’ The Late Late Show. A friend of Clarkson said: ‘When you say dick, you think Jeremy. He doesn’t want to be a withered appendage marginalized at the BBC. He needs to be a big throbbing reminder of what a true bell-end is. We just hope the lawyers don’t cock-block the whole deal’.

Meanwhile many have long complained about Clarkson just being an ‘unsightly protrusion’ on BBC 2, courting controversy with his regressive views on witch burning, evolution and the sun revolving around the earth. One insider commented: ‘We can’t meet any foreigners without Clarkson poking into view. Things just spurt out the top of his head and then the rest us are left to clear up the mess.’

Some fans of Clarkson have suggested that the BBC will become emasculated should the penis leave. However one Executive explained: ‘Our scheduling needs to be more inclusive. We can’t always be represented by a grey, flaccid phallus. What about female quotas? A pair of gigantic tits? Kay Burley and Katie Hopkins spring to mind’.